Leicester dented Burnley’s bid to avoid relegation from the Premier League as Jamie Vardy returned from injury to inspire a 2-0 win at Turf Moor on Tuesday.

Brendan Rodgers’ side stole the points with two goals in the last eight minutes as Vardy set up James Maddison and then netted himself.

Burnley remain in the relegation zone, one point below Everton, after their three-game unbeaten run came to an end in painful fashion.

A win or draw would have taken Burnley out of the bottom three for the first time since November.

But instead they will have to get over a gut punch of a defeat that keeps their top-flight status in severe peril.

“We weren’t as good as we have been, particularly in the first half. Without being terrible, we just let soft things against us, didn’t play with enough tempo,” Burnley boss Sean Dyche said.

For Leicester, it was a welcome first league win in six matches since they beat Liverpool on December 28.

“It has been a long time coming. It’s tough getting a big injury. To come back and to be involved in both goals and get the win, it’s very good,” Vardy said after his first goal since December.

Rodgers added: “He’s a real catalyst. He makes runs and presses and is normally in the right areas to score. To have that quality and mentality back will help us.”

Leicester were first to threaten when Youri Tielemans stole possession from Dwight McNeil and tried his luck with a long-range blast that cleared the bar.

Ricardo Pereira was much closer with a snap-shot from just inside the area that forced a fine save from Burnley goalkeeper Nick Pope.

With Burnley defender Ben Mee forced off with an injury before the interval, the hosts were vulnerable and Pope had to come to their rescue again.

Leicester forward Harvey Barnes cut inside and unleashed a powerful strike, but Pope was able to palm it away at full stretch.

Connor Roberts drew a good stop from Leicester keeper Kasper Schmeichel early in the second half.

Cornet was inches away from breaking the deadlock when he prodded just wide from McNeil’s pass.

Vardy came off the bench for Leicester in the 72nd minute as the striker made his first appearance since suffering a hamstring injury in December.

In Vardy’s two-month absence, Leicester had failed to win any of their five league games.

He immediately had a sight of goal, but hooked his volley well over.

Barnes’ thunderous effort was repelled by Pope, but Maddison finally ended the Burnley keeper’s resistence in the 82nd minute.

Vardy controlled Schmeichel’s long punt forward and laid the ball into the path of Maddison, who curled a superb strike past Pope from the edge of the area.

But Vardy wrapped up the points in stoppage time with a close-range header from Barnes’ cross. 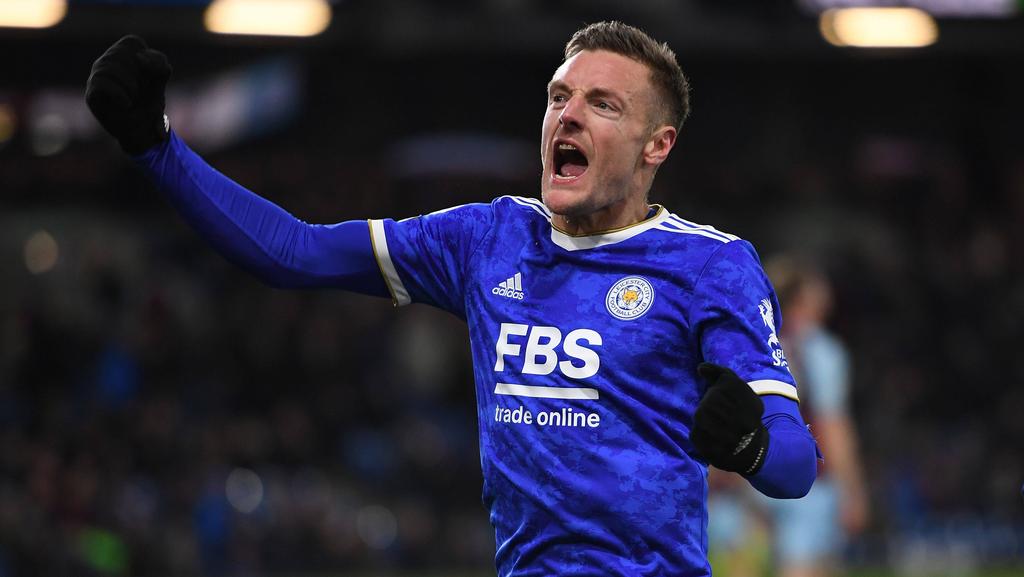